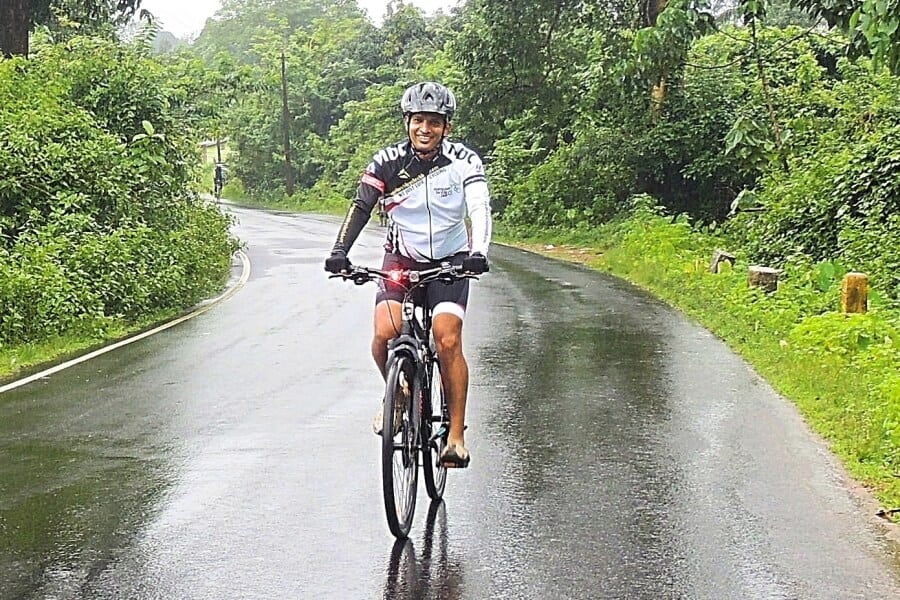 After about 1500 km riding in 6 months in and around Mangalore in different terrains, I got the opportunity to join Mangalore Bicycle Club team to climb the mighty Kundadri hills after climbing Agumbe ghat.

We started early in the morning to Agumbe loading our bikes on the cars and reached Someshwara, the foot of Agumbe ghat. By the time we reached, it was raining heavily and other riders were preparing to start the climb. We had riders of all age, from 15 to 60 years. After breakfast, we started the 10 km climb as the last riders in the group of 25 riders from MBC. We three Hariprasad, Maxim and myself started the climb with our hybrids. As we had practiced the climbs in Benjanpadav and Airport loops, climbing of Agumbe ghat was pretty easy till we reached the concrete road. At this place the ghat is very steep and the uneven concrete slabs made riding difficult, but all of us managed to reach Agumbe in pretty good shape.

After regrouping, we again started our ride towards Kundadri hills about 20 km from Agumbe. Regrouping again at the base of the hill, we started the 4km climb. It is a very steep climb and sometimes it was difficult even to keep the front wheel on the road. The road is formed on the rock and hence it is more of rock climbing than cycling and I missed my MTB. We ran out of water but the support from MBC was fantastic who filled the bottles and provided much needed moral support to finish the climb.

Once at the top, it was an experience to treasure for the lifetime. You forget the pain, uneasiness and every discomfort you faced on the climb. We had brief photo session after carrying our bikes to the top of the hill (there was no road, only steps), we started our descent. Usually I like the descent but this was very difficult descent and my wrists started hurting even though I have hydraulic disc brakes.

We continued cycling towards Someshwar and again it was difficult on the concrete road of Agumbe. But once we reached Someshwar, all pain is forgotten and only good memories of the ride are remembered. 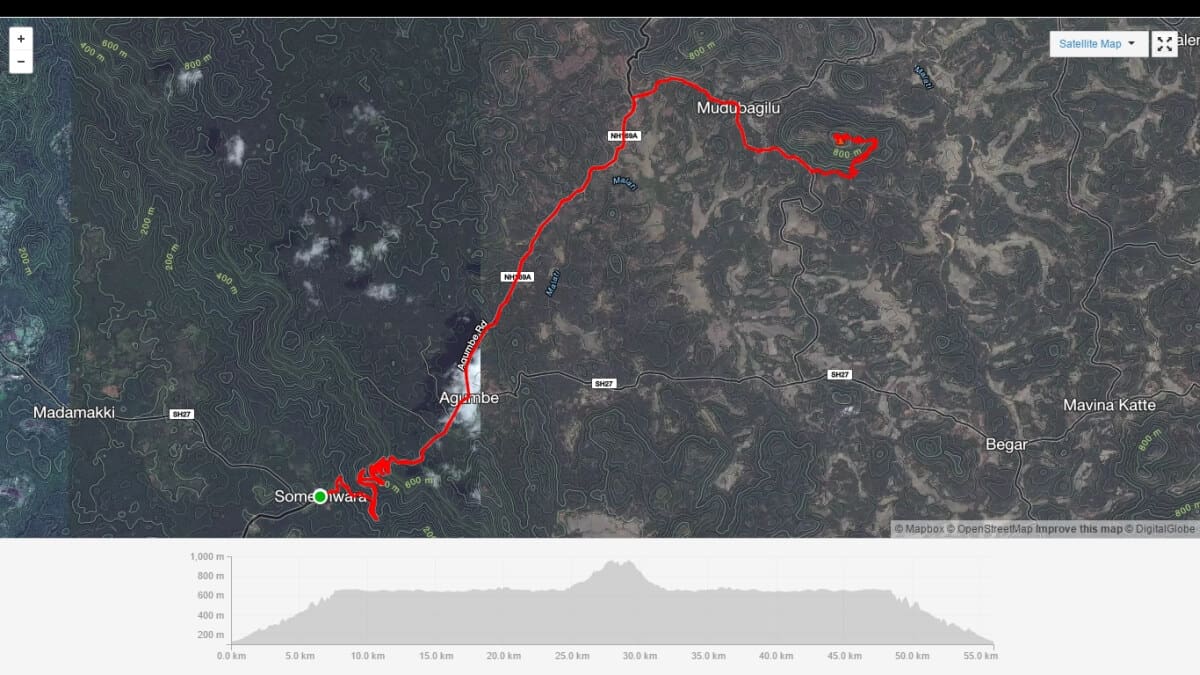 Image for Total ride from Starva 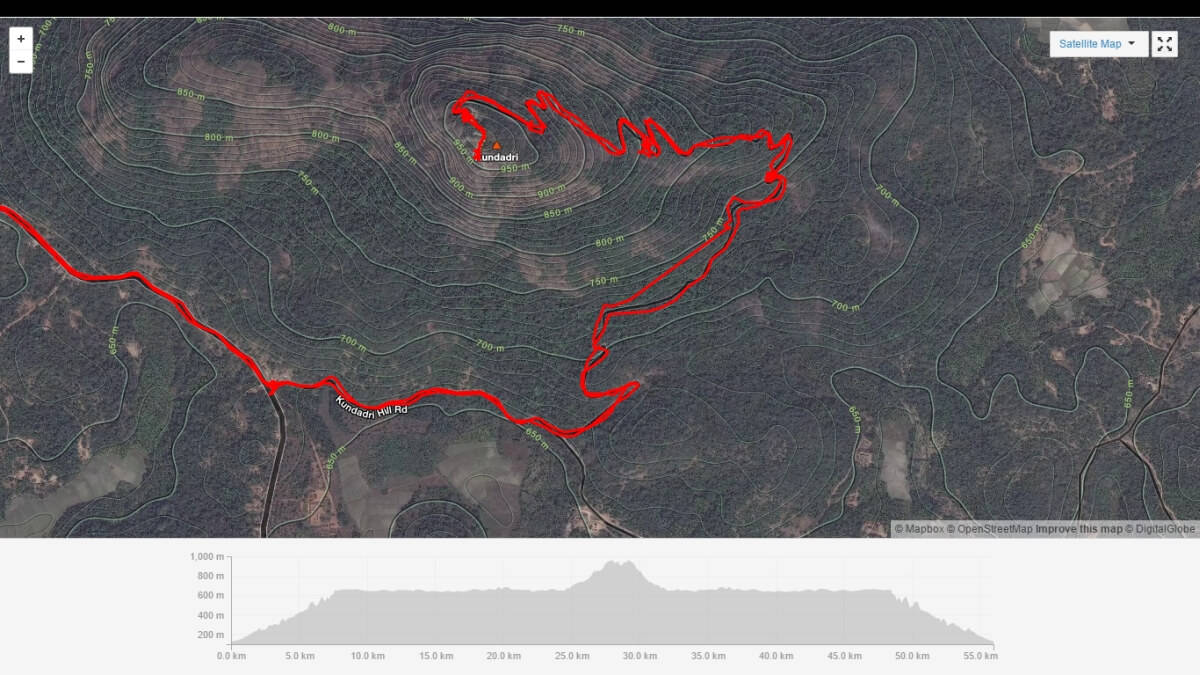 Image of ride of Kundari Hill 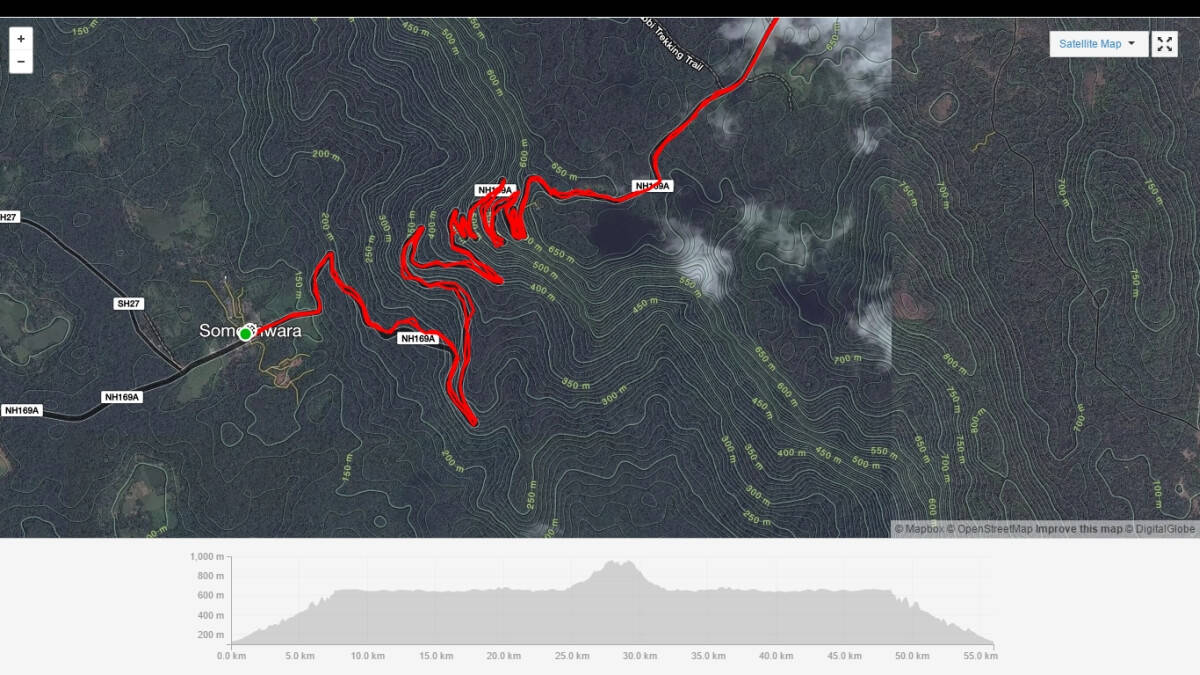 Image of ride of Agumbe Hill