Assistant Professor of MIT, Manipal University, Mr. SSS Shameem is not a new name to MBC. He loves cycling of course; and he is not just a recreational cyclist, rather a seasoned professional with loads of experience. Shameem is a regular endurance athlete, with a vast experience of many Half-Marathons, Full-Marathons, 200/300/400 Km Cycling brevets; apart from regular rigorous training sessions.

He loves to explore, and following the passion, earlier he has attempted Solo Cycling journey from Kanyakumari to Kashmir, i.e. 3,500 Kms in 23 days during Summer-2016 (which he had to drop hardly 250km short of Leh/Ladak due to altitude-related sickness). Further he planned-organized-executed one Manipal University Campus Connect “Tour-de- Manipal” (Team cycling event) Manipal to Jaipur 2,500 km in 20 days during Winter-2016. This is apart from many other cycling events organized by different organizing bodies all across India, in past 4 years. He has also been part of MBC group rides quite a few times. To add more feathers to the cap, he planned for yet another attempt Okha (Gujarat) to Dibrugarh (Assam) Solo Cycling expedition, i.e. 3,400 km; and he decided to complete it in just 20 days during this Summer-2017. This was not for any record purpose, but to spread the message of Unity-&-Humanity in a Greener-&-Healthier way.

Starting on 12th-May from Manipal via bus, he travelled a hectic 2000+ km to reach Okha which took a roller-coaster journey of 50 hours. The solo cycling attempt started on 15th morning from Okha, and ended on 29th midnight at Dibrugarh. Though the earlier schedule was for 20 days; with extra mileage each day, he managed to complete it in just 15 days.

Starting with Gujarat, and followed by Madhya Pradesh, Uttar Pradesh, Bihar, West Bengal, and the last Assam; each of the states has its own surprising-interesting flavours. During this journey, he (alone) passed through 6 States and UTs, 35 Districts, and many cities, NHs, check-posts. The risk factor of cycling on particular parts of UP and Bihar (some of the possible sensitive areas) was a matter of worry for him, though it was all safe and sound without any issues. Before starting the journey, he got his SCOTT road bike serviced at Jyothi 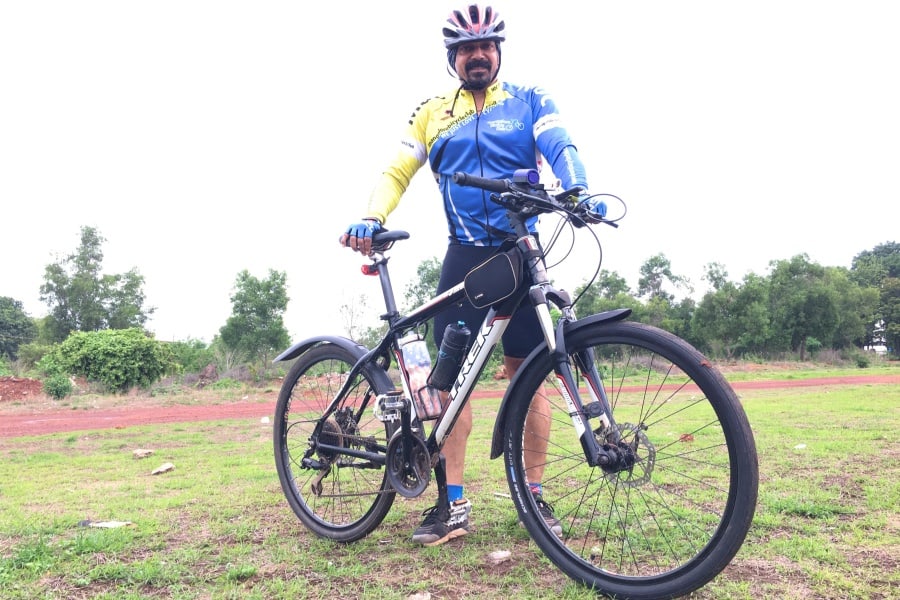